As qualified Biokineticists and Pilates Instructors we focus on creating a better awareness of one’s body posture, so that it becomes less prone to injuries, whether it is sport related or happens biomechanically during your normal daily activities. The classes are an excellent way of strengthening your core muscles and preventing lower and upper back pain.

Please consult with our Biokineticists whether Pilates can be used as maintenance for your condition or to enhance your functional movement patterns.
Exercises can be modified to better suit your specific condition. 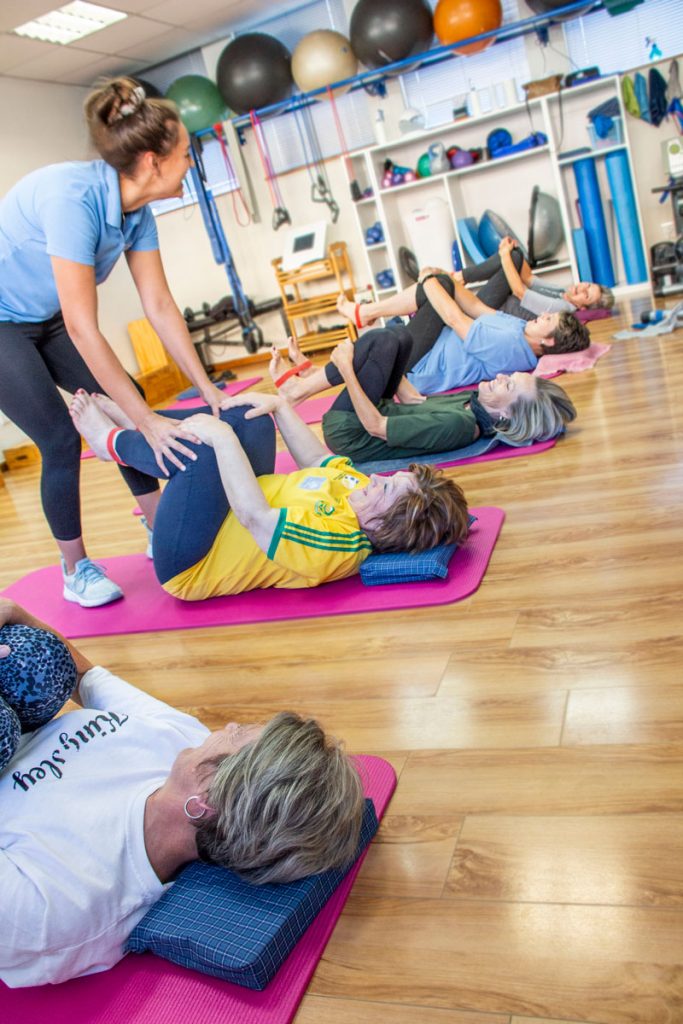 Prior to joining a class, an evaluation and 3 compulsory individual sessions are needed for evaluation purposes. This is to educate the patient on all the basic principles and determining each individual’s compensatory patterns. Strengthening and flexibility will be done accordingly. Core muscle activation of transversus abdominis, obliquus, pelvic floor and multifidus,which is determined by a Biofeedback machine, gives the patient and the Biokineticist reliable feedback and aid in correction and rehabilitation.

The Pilates method seeks to increase the strength, flexibility and muscle control of the body. Pilates is a body conditioning routine that helps to:

MORE ON PILATES AND ITS HISTORY

Pilates is a physical fitness exercise system developed in the early 20th century by Joseph Pilates in Germany. As a child he was very frail. To build his body and grow stronger, he took up several different sports, eventually becoming an accomplished athlete. As a nurse in Great Britain during World War I, he designed exercise methods and equipment for immobilized patients and soldiers.

He called his method Contrology because he believed that his method uses one`s mind to control the muscles.
Because of our physical and mental health interconnection with one another, he based Pilates on 6 basic principles: